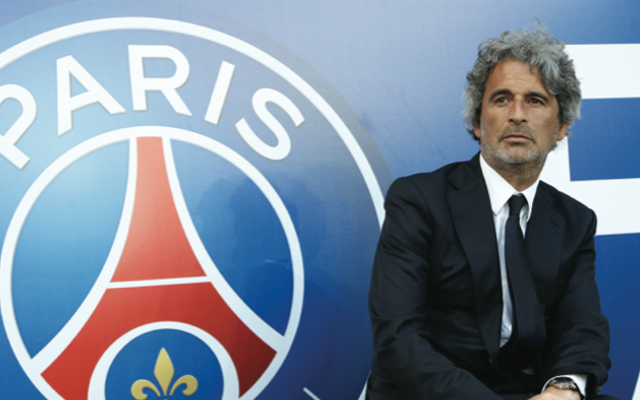 Paris will be Magic!

Michel Mimran, marketing director of Paris Saint-Germain came to talk to us about “actions around a strong brand” during the master class on Monday November 24, 2014 at #SUPDEWEB.

The Qataris, the rebirth of Paris Saint Germain

The investment of the Parisian club by the Qataris has been very beneficial for the brand. Indeed, the PSG was a beautiful brand, of course, but a brand on the decline: “a missing brand DNA”. The goal was to place Paris as one of the best clubs in the world, alongside Real Madrid, but also to create a strong brand with unrivaled profit potential. The main advantage of PSG is the name of the club. This name includes the name of the city of light “Paris”, the first world destination, a dream destination, a magical destination. Michel Mimran understood this very well and, shortly after the arrival of the Qataris, he decided to modify the PSG logo, while keeping his identity and the essence of the club, highlighting “Paris” in the absence of “Saint Germain”.

“Fan demand is daily. People want a part of the dream.“ Alexis Mimran must respond to the daily demand of fans, more and more numerous, more and more insistent. The player Zlatan Ibrahimovich was decisive in this strategy. It is now part of the essence of the success of the club and the brand. The brand has grown rapidly, in Europe and in France, it now has a great status.

How to move from information work to entertainment work?

PSG aspires to be in the creation of magical content. A magic brand is more about story telling, it’s a story to tell, a legend, it’s a staging. Fans need every image to be magical. The digital strategy is very important in this “magical” dimension. This strategy put in place by the marketing director of the PSG which is segmented into 4 main axes:

What strategy to make Paris Saint Germain an entertainment brand? The #PARISTORIES campaign: Platform co-created with Google, to collect all the video and photo content sent by fans, allowing fans to watch the great moments of the match as if they were in the shoes of a fan . The return of the project has been very positive, also very appreciated by social influencers who have not hesitated to share the platform on social networks. The partnership was set up with Google because Google is Youtube and Google is recognized and brings a lot of credibility to the project. The latter uses it when to him to stand out from his search engine image. Many projects have already been created in partnership with Google presenting audiovisual content such as a night walk in Marseille with Google Maps. Another project, the name of which we do not know, will land in January and will bring together millions of fans in a playful interaction, more precisely, stadiums reconstituted in 3D (data catching, stadium visit, creation of fictitious clubs). This very promising project is to be followed very closely.   An innovative PSG The Citroën Golden Barre, is an application delivered free of charge by the PSG which allows you to play to win a car (Citroën C1). PSG becomes with this application, the first franchise to develop a mobile gaming application, brings a big marketing buzz and success has been there. Today, we count more than 110,000 downloads. Highly viral social media campaigns “Chelsea Can you do this?” or “Paris Can you do this?” which confronted the 2 cities mentioned before the clash of the Champions League. The principle was to publish photos related to the match and the Champions League that the other team could never achieve. For example Paris posted a picture of Beckam playing with Paris, Chelsea posted a picture of the Champions League they had won. The campaign generated a buzz and ended in fair play when Paris lost with a symbolic sentence: “Congratulation England, You Belong to Europe After All”. The classico campaign, which highlighted the confrontation between OM and PSG when they were respectively first and second in the French championship standings. The principle was to distribute photos of Paris with a fake “Classico” tag. Very successful, this campaign generated more than 1,100,000 interactions across all platforms, more than 20 million people reached and 1,100,000 videos viewed.

Very active on Facebook, PSG has multiplied its number of fans by 13 in just 2 years and now has 14,745,720 fans on its Facebook page. To best target the different global cultures of its supporters, PSG has created a page for each country. It should be noted that its most active community is the Brazilian community. As surprising as it may seem, the number of French fans on Facebook of Olympique de Marseille is greater than that of PSG. The growth of PSG shows that PSG will overtake OM very quickly.

Keeping fans informed is one of PSG’s marketing priorities. The use of social influencers, appreciated by young people and supporters, is often synonymous with success. Operation PARIS MELTING SPOT: Amaury Leveaux and Maxime Musquas tweeted live from the stadium for the duration of a match, mixing humor and information. The stadium is being equipped with WIFI to adapt to digital and real-time content sharing and to make the fans interact, in particular on Twitter and Facebook. This type of operation will be repeated for several important matches. PSG launches the second screen application which provides additional information, statistics, etc. live and complete the information seen from the stadium or on television. This application is aimed at very active supporters. Paris is also launching the Stadium and Boutique applications to complete its offer. In order to meet the expectations of fans and the real-time virality of social networks, Paris has developed an application for its marketing team which makes it possible to create infographics to inform fans during live matches. “So Live” makes it possible to generate multilingual banners by highlighting a player, an associated event (goal, foul, etc.) and to share it on social networks in less than 6 seconds when it took more than 2 min before to create the infographic and publish it. The publication of these banners increased the number of retweets by 5 and therefore increased their audience.

PSG’s strategy is to create a brand that is recognized around the world, so the internationalization of content is a key focus of this marketing strategy. Today, we can find 12 Facebook pages in 8 languages, 4 web platforms in 8 languages, 9 Twitter profiles in 6 languages, 6 mobile applications. The improvement in the level of the PSG team allowed them to be recognized during the last world cup by displaying 11 players from their team.

PSG’s strategy has paid off. They have been able to create a community around ever more scripted content, reaching entertainment. Innovation and user experience are central to their strategy. PSG innovates by offering very innovative mobile applications using state-of-the-art technologies, integrating data catching, virtual tours and gamification. Internationalization has also been a key element of the success of the marketing strategy and the massive conquest of fans over the past 2 years. Continuing to enrich its multilingual content will help PSG to equal, if not exceed, the status of a club like Real Madrid. 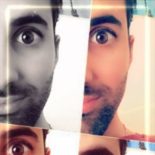 Next
Back To Top

This website uses cookies to improve your experience while you navigate through the website. Out of these, the cookies that are categorized as necessary are stored on your browser as they are essential for the working of basic functionalities of the website. We also use third-party cookies that help us analyze and understand how you use this website. These cookies will be stored in your browser only with your consent. You also have the option to opt-out of these cookies. But opting out of some of these cookies may affect your browsing experience.
Necessary Always Enabled
Necessary cookies are absolutely essential for the website to function properly. These cookies ensure basic functionalities and security features of the website, anonymously.
Functional
Functional cookies help to perform certain functionalities like sharing the content of the website on social media platforms, collect feedbacks, and other third-party features.
Performance
Performance cookies are used to understand and analyze the key performance indexes of the website which helps in delivering a better user experience for the visitors.
Analytics
Analytical cookies are used to understand how visitors interact with the website. These cookies help provide information on metrics the number of visitors, bounce rate, traffic source, etc.
Advertisement
Advertisement cookies are used to provide visitors with relevant ads and marketing campaigns. These cookies track visitors across websites and collect information to provide customized ads.
Others
Other uncategorized cookies are those that are being analyzed and have not been classified into a category as yet.
SAVE & ACCEPT
Powered by